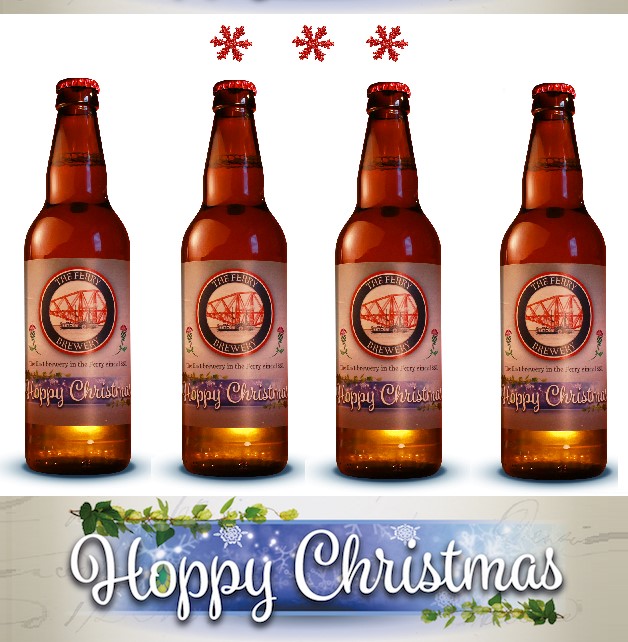 Ferry Brewery offers everything from a Scottish stout to a Pale Ale. They all have names, like Burryman and Queen Mary, that reference SQ history. But, my favourite both for taste and name is the Ferry Witches Brew a reddish copper ale. 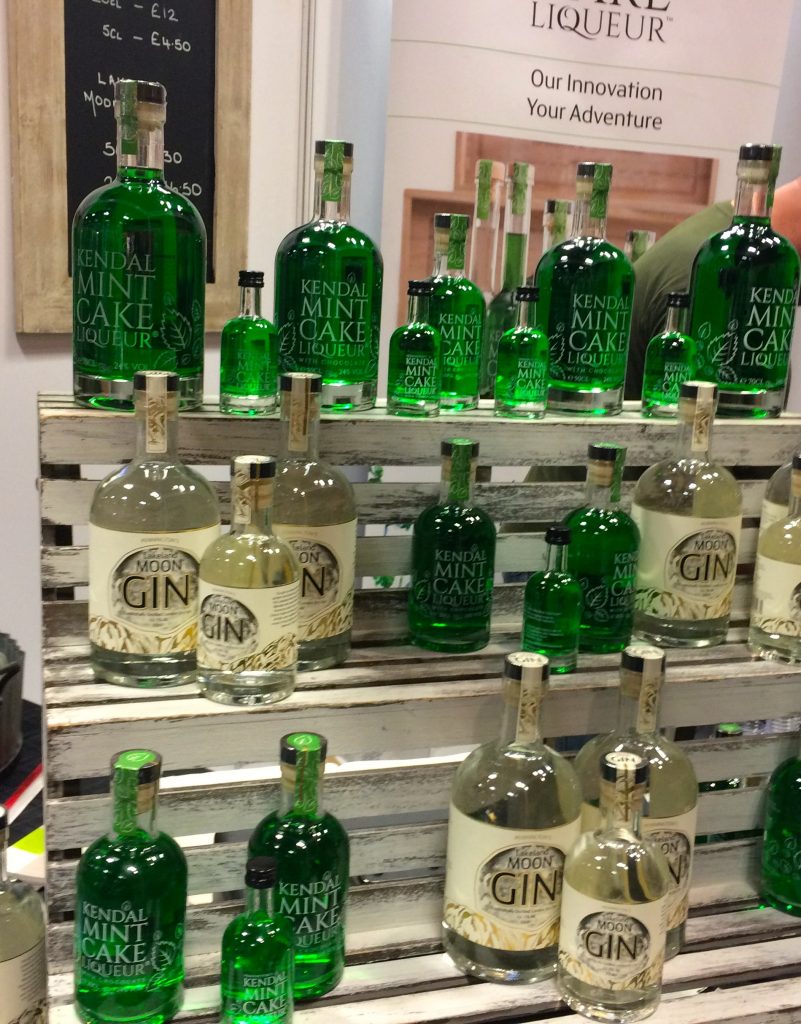 Kendal mint cake liqueur offers a distinctive flavour by combining chocolate and peppermint. Creator Mike Pennington attempted to capture the Kendal Mint Cake (famous for having been taken to the summit of Everest by Sir Edmond Hilary) in a bottle. The result is a liqueur that tastes like an after-dinner chocolate.

In fact, the Kendal website features a collection of cocktail recipes worth checking out. 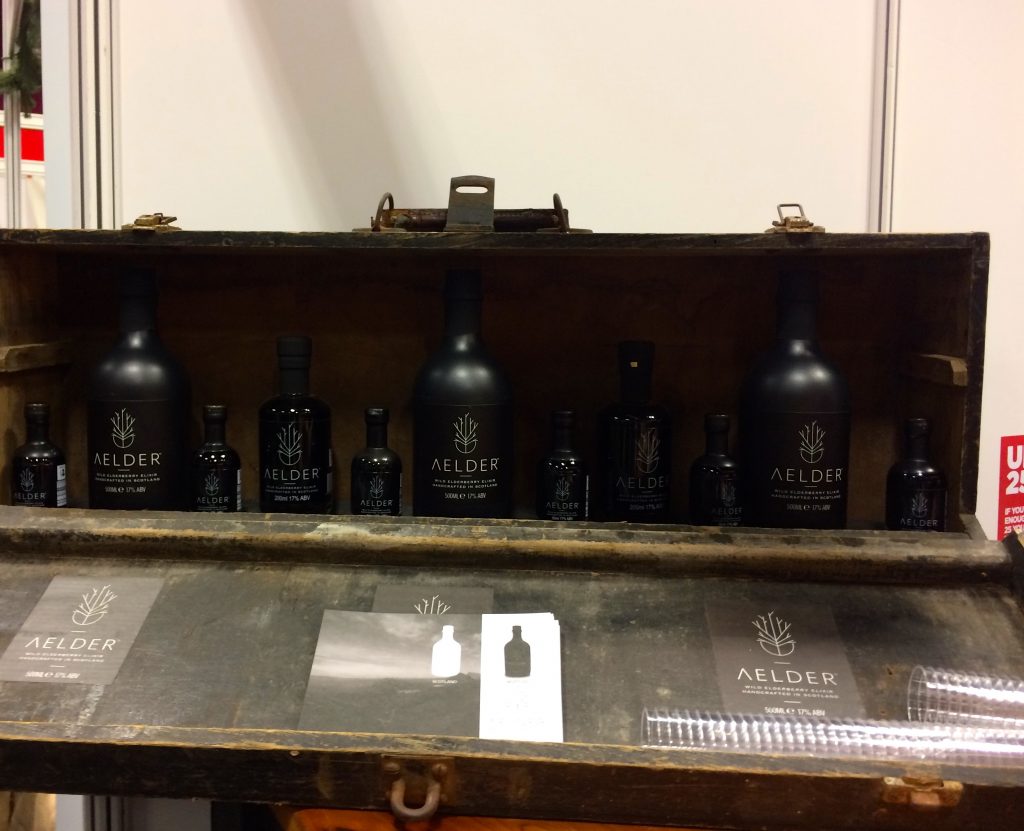 Aelder offers something different and exciting. In fact, I’ve never tasted anything similar, which makes it quite hard to accurately describe.

Created by the chefs behind pop-up dining experience Buck and Birch, Aelder Elixir gains its distinct flavour from a combination of whisky, wild elderberries, and other forged botanicals. It’s ingredients and flavour captures some of the best parts of Scotland. 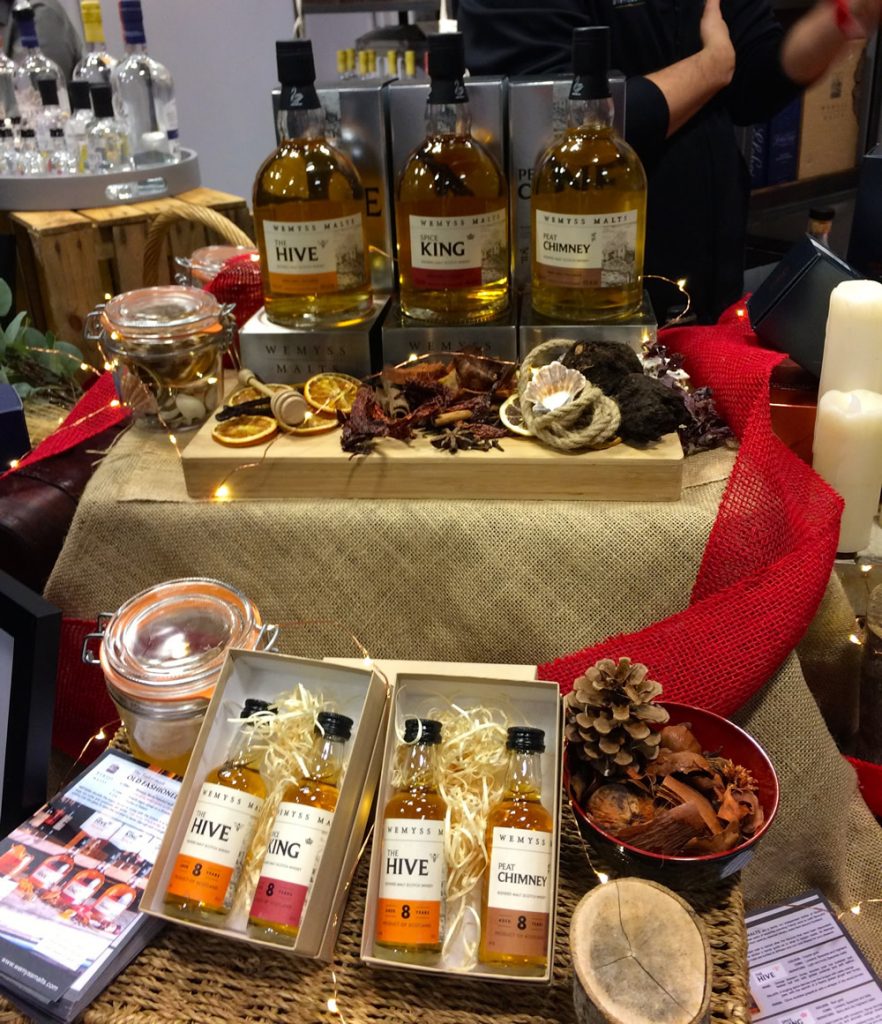 A Foodies Festival in Edinburgh wouldn’t be complete without a range of fine whisky companies. After all, Scotland is synonymous with whisky. Wemyss distillery has been around since the early 19th century and has spent the last 100 years perfecting their malts.

At the Foodies Festival, it was their three blended malts (The King, The Hive, and Peat Chimney) that were on show. While all malts at Wemyss start with the same foundation, these three malts finish with very unique flavours: sweet, spicy, or smoky.